Rātā moehau is now New Zealand’s most threatened tree, but DNA data is providing a glimmer of hope for the species’ survival.

By 1990 ten trees had been found across two Te Paki sites—Radar Bush and Kohuronaki. A year later, a number of colleagues and I stumbled upon another population in the Muriwhenua Incorporation’s Unuwhao Forest near Spirits Bay.

34 wild trees were documented by 1992, which still isn’t many, but it was much better than the 10 we previously believed existed. Sadly, in 2007 DOC staff found that seven trees at Unuwhao had died from possum browse and several more were seriously defoliated. New Zealand’s tree rātā are self-incompatible (individuals that breed with close genetic relatives will not produce good seed), and there were fears for the loss of genetic diversity. Genetic variation was already very limited; therefore it was crucial that any losses were avoided.

To manage the species effectively, we needed to understand the genetics of all living rātā moehau, including plants that had been propagated and grown in cultivation from those early discoveries.
Following consultation with Ngāti Kuri, Te Aupouri and the Muriwhenua Trust, DOC staff undertook a field survey and DNA sampling of rātā moehau in April 2015. Our purpose was to determine the status of the species in the wild, collect material for DNA analysis, and collect seed for the New Zealand Seed Bank. The DNA profiles of wild plants would be compared with the DNA of cultivated specimens.

DNA samples were obtained from helicopter by human sling operator Brad Lett. Aside from the known trees at Radar Bush and Kohuronaki, our survey found only one tree in the original Unuwhao Forest stand of 16, but we discovered three more in a nearby catchment. Samples were sent to Landcare Research, where Dr Gary Houliston and his team profiled them using two DNA fingerprinting techniques.

The DNA results are alarming. Of the 14 trees in the wild, there are only five distinct genotypes and three of them are known only from Unuwhao. Further, there is no Unuwhao stock in cultivation; all cultivated plants derive from two trees: one from Radar Bush and the other from Kohuronaki. Rātā moehau is now one of the most threatened plants in the world.

Although the results are far worse than we’d anticipated, the DNA data provides some hope for saving the species. We now know where the immediate priorities are, and we are working closely with iwi, Muriwhenua Incorporation and Ngā Whenua Rāhui to protect the trees at Unuwhao.

Saving the species will involve other partners initially (such as botanic gardens and Project Crimson) to raise genetically viable plants in cultivation.

The process will involve bringing together the five lineages and hand pollinating these to produce more genetically fit plants to restore to the wild. 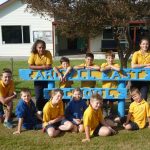 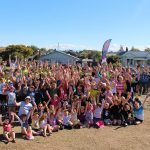