Canterbury professional director, Gill Cox, has been appointed as a Trustee to national conservation charity, the Project Crimson Trust.

Gill brings a wealth of financial knowledge to the Trust. He holds a Master of Commerce (Hons); was a partner in Deloitte for 25 years; is a Life Member of the Institute of Chartered Accountants of Australia and New Zealand; is a Chartered Fellow of the Institute of Directors; and was awarded the ONZM in 2010 for services to business. Gill currently holds a number of governance and advisory positions with a range of public and private sector entities.

On joining the Trust, Gill commented “some years ago I became increasingly concerned that the New Zealand business scene, and indeed our whole way of thinking, was focused very much on the short term and did little in terms of thinking about the long term quality of life that we were creating for those that were to follow us.

“That concern, combined with a great love of the New Zealand (particularly South Island) outdoors, has resulted in my becoming increasingly passionate about protecting and enhancing our indigenous species and their habitat.

“It’s a privilege to join Project Crimson during a time of massive growth for the Trust.  Their Trees That Count programme is an ambitious and exciting initiative that aims to plant millions more native trees in communities throughout New Zealand.  That really resonates with me personally as whilst I think radiata pine have a place in New Zealand’s economic future, we do not want to become a nation “swamped in radiata”.

“All this, and my wish to continue to make a real contribution to the future of a great New Zealand for those that follow, has led me to having a real interest in the work of organisations that take an intergenerational view, such as Project Crimson.” 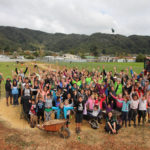 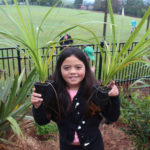