Myrtle rust and the impact to Project Crimson

Myrtle rust is here to stay, now that the Ministry for Primary Industries has announced that it has moved from containment to management of the disease. Even though we saw this coming, the news is devastating.

We still don’t know what the ultimate effect will be on pōhutukawa and rātā, but it’s undoubtedly a major setback to our highly successful restoration efforts over the past 28 years.

We have to accept that despite the efforts of containment, the disease has now spread throughout most of the North Island and the top of the South and that because it’s carried on the wind it’s impossible to control effectively.

That does not mean our trees are yet in crisis. Of the 31,000 pōhutukawa and rātā inspected by MPI and DOC since May last year, only 234 (less than one percent) were found to have the disease.  We can expect that number to increase, perhaps rapidly, but we’ll hopefully have time to put strategies in place to limit the damage.

The three most important strategies are scientific research, seed collection and community vigilance.

Science will hopefully identify strains of pōhutukawa and rāta that are resistant to the disease, seed collection will provide a source of future trees, and community vigilance will help to identify both where the disease is impacting and where it is not.

Project Crimson will be part of that effort and our extensive network of partners and supporters will be vital to it.

In fact, the same week that MPI made its announcement about myrtle rust, we joined the parents, staff and students of Clifton School in Bulls for their Treemendous native planting and launched the new Community Marketplace as part of our campaign to plant 200 million native trees for climate change mitigation by 2028.

With thanks for your support, 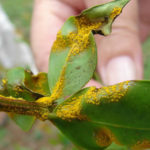 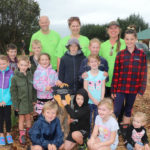