Project Crimson voices support for the use of 1080

For over 30 years Project Crimson has led efforts to save New Zealand’s iconic pōhutukawa and rātā trees, which were on the point of extinction in the 1980’s. Today, Project Crimson, is voicing its support for the use of 1080 to control introduced animal pests wreaking havoc on the country’s unique biodiversity.

Project Crimson chief executive Adele Fitzpatrick says 1080 has been a game-breaker in controlling the destruction of native trees by introduced pests; particularly possums.

“In the 1980’s this country was on the point of losing its pōhutukawa trees; our unique, native New Zealand Christmas tree, and one of the major causes of this impending environmental disaster was the possum. Project Crimson was created to protect and restore these trees that were disappearing,” says Fitzpatrick.

“Because possums browse on newly expanding flower and vegetative buds it causes rapid canopy dieback. Severe defoliation over just two years can cause the death of large old pōhutukawa and rātā, and has resulted in the loss of these species from large areas of New Zealand’s native forest. In one part of the Ruahine forest, possums took less than 10 years to reduce the proportion of rātā and kamahi in the forest canopy from 74% to 8%.”

Project Crimson has extended its advocacy into all New Zealand native tree species through its Trees That Count and TREEmendous initiatives, but says its initial focus on pōhutukawa and rātā provides a 30 year model for how to support New Zealand’s native forests as a whole. 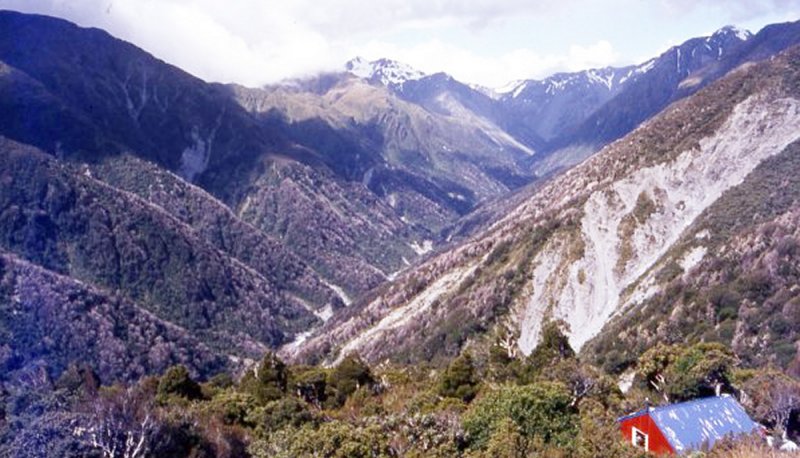 “In the early days of Project Crimson, the closest thing we had to a silver bullet was 1080, and it was the biggest single factor in the effort to halt the decline in our pōhutukawa trees, as well as our equally spectacular red-flowering rātā trees.

“Conservation of pōhutukawa and rātā is not just about protecting the trees. It also concerns all the other associated species, such as the birds that pollinate the trees and the invertebrates that recycle the nutrients. Introduced mammals are the biggest risk to our indigenous flora and fauna. If New Zealanders want to protect these we need to make some tough choices. Poison is a blunt tool and whilst I look forward to New Zealand finding other methods, it’s currently the best tool we have to control pests in large landscape areas. And if it’s going to have an impact, it needs to be delivered with significance and timeliness.

“Without 1080, I doubt whether we would still be enjoying the annual display that lights up our coastline and is such a prominent and loved feature of a typical New Zealand summer. Can you imagine New Zealand without pōhutukawa? This was the reality we faced without extensive pest control.

“Prior to a 1990 possum eradication programme using 1080, Rangitoto Island’s pōhutukawa forest was under attack and dying. Rangitoto is now a blaze of healthy pōhutukawa, flowering throughout the summer.

Likewise rātā and fuchsia are flourishing in the Otira valley (Arthur’s Pass) after 50 years of 1080 drops. Ten kilometres down the road on the Arahura valley, where 1080 was not used at the time, rātā skeletons are abundant.” says Kleinpaste. 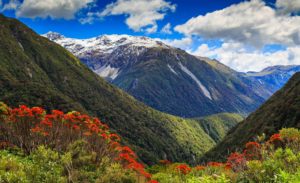 Otira Valley in 2013, crimson blooms flourishing again once possums have become more controlled after the use of 1080

Ms Fitzpatrick says much of the focus in the debate over the use of 1080 is on the protection of New Zealand’s native birds. However, she says it is by also protecting the native forest that 1080 is able to support the continued proliferation of tūī, kererū, korimako/bellbirds and other species that make up New Zealand’s dawn chorus. “It’s the native trees that provide the habitat for our native bird taonga, and that’s where the real value lies in the use of 1080.

“While I can certainly appreciate the distaste for having to use a poison to protect our native trees, when it comes to a choice between having introduced pests or suffering a catastrophic decline in our native forest I’m confident that I know where New Zealanders’ preferences would lie.

“That was the choice we made nearly thirty years ago when we were staring down the barrel of losing our pōhutukawa and rātā, and I’m sure it’s the choice most of us would support now. As New Zealanders, we should all care about our incredibly special trees, as well as our native birds.” 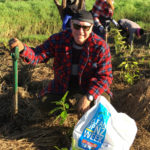 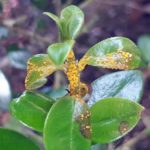