The organisation promoting the protection, restoration and planting of native trees, Project Crimson Trust, has welcomed the award of Knight Grand Companion of the New Zealand Order of Merit to Sir Stephen Tindall.

Sir Stephen was the initiator of the Trees That Count programme, which aims to oversee the planting of millions of native trees throughout New Zealand.  The Tindall Foundation contracted Project Crimson to run Trees That Count and has provided more than $2 million to this project to date.

“Our Trees That Count project differs from other planting initiatives in that we aim to keep a live, on-going count of the number of trees being planted, so that we can monitor and measure the positive impact of the work we are doing to improve the environment.

“Sir Stephen was the first to recognise the value of this approach, and as well as his funding support through the Tindall Foundation he has been one of the strongest advocates for the work we are doing.

“His personal encouragement is seeing businesses becoming more actively involved in planting native trees to off-set the environmental impacts of their activities, alongside the community groups, schools and individuals already carrying out planting projects.”

Sir Stephen has described planting more native trees as a “tangible, achievable thing New Zealanders could get involved with.

“It’s something anyone can do – plant a native tree in your backyard, gift a native tree to celebrate something, pop down to your local school and help out with a tree planting day – but it also scales up. Our business sector could get involved, planting trees on a large scale to offset their carbon usage, or simply to give back to New Zealand.”

Adele Fitzpatrick says Sir Stephen’s leadership on the Trees That Count project has been instrumental in the success it has achieved so far, and his recognition in the New year’s Honours is a well-deserved acknowledgement of his practical support for New Zealand’s native heritage. 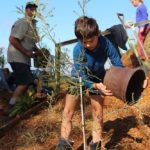 Kiwi kids reconnecting with nature in a TREEmendous wayNews 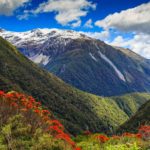 Project Crimson voices support for the use of 1080News